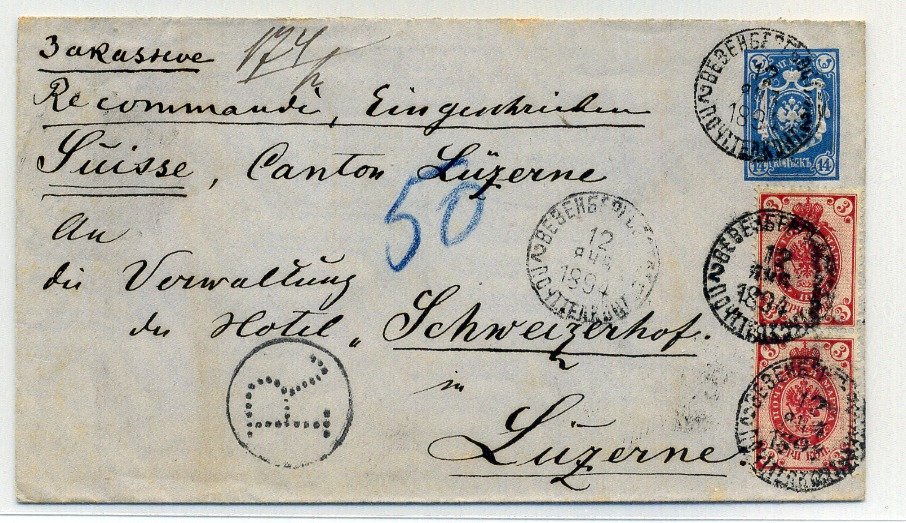 The Schweizerhof, an historic luxury Swiss hotel, played a significant intermediary role between its guests/management and the international postal system. Covers and cards on display demonstrate the various postal services utilized by travelers and the hotel for over a century: 1856 to 1963. The study of postal activities that occurred at this hotel is a lesson in international communications.

As a single frame exhibit it won a Gold and the Grand Award at PIPEX 2009.
Since then as a multiframe exhibit, Gold at INDYPEX 2014, Gold at PIPEX 2019, and Large Gold at Vanpex 2019 with Jury Felicitations including British Columbia Philatelic Society – Foreign Postal History Award and the Royal Philatelic Society of Canada – Excellence in Treatment