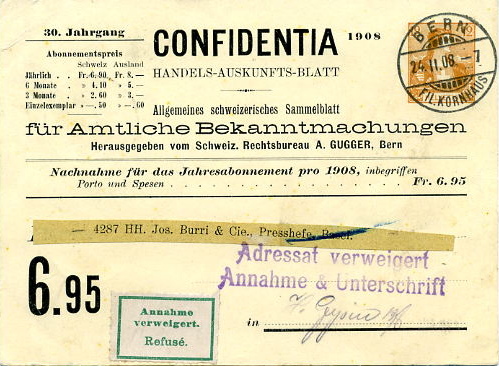 This exhibit traces Refusé markings on Swiss mail before and after the 1891 agreement by the Universal Postal Union to standardize official markings on returned international mail.